‘What Happens in Vegas, Stays in Vegas’ – this is a well-known expression, but it doesn’t mean that you should follow it and completely devote yourself to this city. The fact is that in addition to exciting shows and gambling activities, the neighborhood of the city keeps many fascinating places that are definitely worth a visit. They will give you the opportunity to add variety positive emotions during your vacation in the Sin City. What’s more, you don’t have to spend much money –  at rental24h you can rent a car and travel to any point around Las Vegas for cheap. So, check out 4 most amazing natural beauties situated in the vicinity of the city…

The uniqueness of this canyon lies in the geology of its soil. 400 million years ago, this place was the ocean. After a long evaporation of water, which is a result of tectonic shifts and the work of the sun with the wind, the terrain turned into rock. Further, the oxidized iron painted the rocks in red color.

These amazing landscapes annually attract more than a million tourists. However, after the wet winters, the cracked ground of the Red Rock Canyon is covered with a bright green ‘carpet’. The beauty of the desert, along with the geological and archaeological monuments makes the park the center of attraction for the campers and guests of Nevada, who tired of the noisy Las Vegas.

The main feature of the reserve is a 20-kilometers-long scenic road. When driving through it, visitors get acquainted with the geological history and splendor of the canyon. It’s along this path that the most Instagrammable places are located, including the famous Calico Hills, Indian limestone braziers, handprints and pictograms.

The view of Hoover Dam is just impressive, and the scale of the project for the 30s was just fantastic! In record time, thousands of workers erected a concrete structure, paying a very high price for it: the dam took the lives of 96 people.

Near the dam there’s a drawbridge connecting the cliffs of the Grand Canyon. Visitors are allowed to climb the Hoover Dam and walk along the tunnel that served to divert the river during the dam’s construction.

Also, you can relax on the shores of the artificial Lake Mead. With the length of 110 miles, it’s the largest reservoir in all of America. In addition, the scenery of blue waters and red rocks make it also the most beautiful place for sightseeing.

When planning a trip to Las Vegas, don’t miss the Valley of Fire situated about 100 km away from the city. 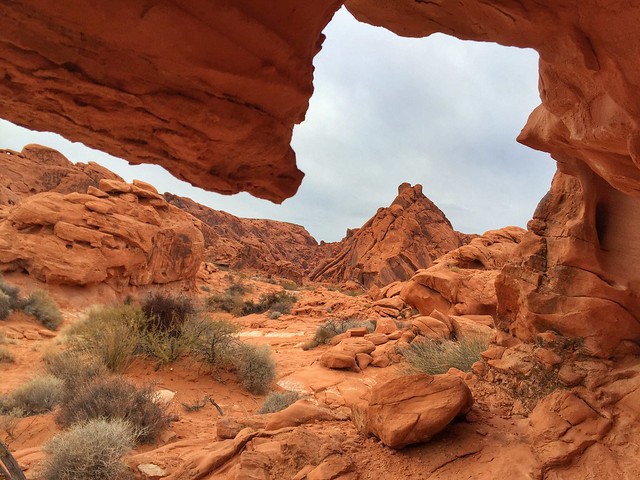 In this place the arid winds took care of the creation of picturesque rock paintings. The Valley of Fire received its name because of the red hue of the stone, which is glowing with the heat of color against the blue sky. This contrast attracts photographers and newlyweds for wedding photo shoots.

If driving along the highway from Las Vegas, the first thing that attracts your eye is the stones in the form of bee hives. The next road turn offers a spectacular view of a cluster of natural arches. In case you get to the Canyon of petroglyphs, you can see the ancient letters scratched on the rocks, as well as admire the images of animals and people. It’s amazing how time hasn’t erased them!

Each section of the Valley of Fire has its own characteristic name. For example, Rainbow Point opens a multicolored view of the rocks. It seems that the rocks are molded from clay of different shades.

The canyons of the valley are especially worth mentioning. The winding labyrinths of sand stone allow shelter from the wind. This site looks mysterious, because you can’t predict what will happen around the bend.

A stone guard lurked on the exit from the Valley of Fire – the figure of an elephant. Whether it is a joke of nature or someone’s fantasy, but the stones really resemble this animal.

Death Valley is a place of mysterious phenomena and mystical secrets, covered with fog. There are almost no people who haven’t heard about this terrible, disturbing place. But for the fans of all unsolved and supernatural, this place is a real magnet, so it attracts all adventure seekers. In fact, this is National Park, which is located in California, just three hours away from Las Vegas. 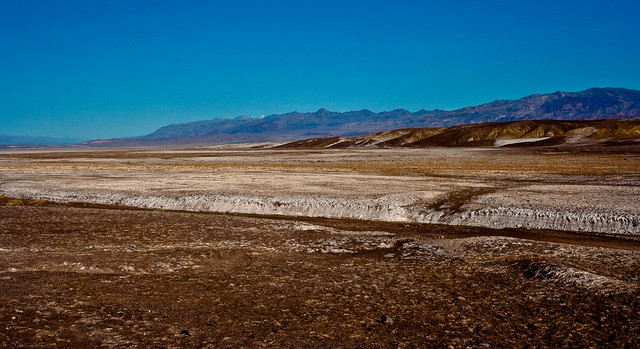 However, Death Valley has nothing similar to the park in the generally accepted sense of the word – it’s called the park just because of the protection by the state. In fact, it’s a huge narrow plain located in an intermountain hollow, on both sides it’s sandwiched by mountains – the Black Mountains in the east, and the Panamint Range in the west. The entire Death Valley can be seen from the Dante’s View, which is located in the saddle of the Black Mountains at an altitude of 2 km.